There are few sentences that could apply to millions of people in the world, but they exist. Two of the most important ones could be: “Most people like traveling” and “Most people like food.” Combine those two sentences with the most popular social network at the moment and you’ll get a total success.

However, looking at the pictures by @girleatworld may make you not feel good. Who likes to see others enjoying delicious foods all around the world and not taking part in the fun? Its manager, Melissa, loves food, and she also loves traveling. Combining her two passions, she posts pictures of food from street-food stands all over the world. She came up with the idea after visiting Japan in 2014, and it seems that it was a good one – 292K people are hooked on her pictures. She mustn’t regret the decision of creating a profile… 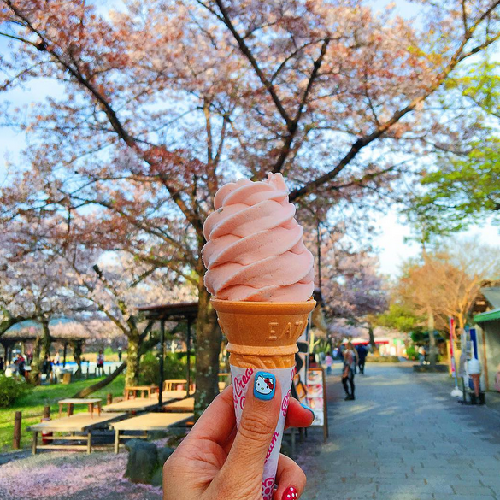 “A Sakura-flavored ice cream in front of Sakura trees at Arashiyama Park in Kyoto!”

“My aim is to visit at least one country per year”

Since she lives in Singapore, it’s easy for her to travel all around East Asia, but she’s got bigger plans for the future – she wants to travel the whole worldlooking for the best and most photogenic street food. Lately her passions have brought her to Jordan, Lebanon, Indonesia and Japan. She’s very fond of Japanese street food, as you can see by the pictures she’s posted. Salmon sashimi, hanami dango (rice flour balls, similar to mochi), mochi itself, fish-shaped taiyaki, cat-shaped donuts and cherry-flavored (sakura) ice-cream.

← Instagram as a Way to Discover Art and Artists Hacker, 10, Hacks Instagram, Denounces Himself, Uses Reward to Buy Bike →