Instagram Overpasses Twitter. After being in the run for more than five years, Instagram has reached a milestone which does nothing but confirm what everybody already knew – it is still growing, still going up, and it seems unstoppable. What has happened exactly? It has something to do with another social network, one of the most important ones nowadays – Twitter. 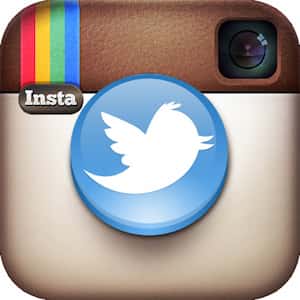 Instagram was created five years ago in San Francisco

by two young programmers (Kevin Systrom and Mark Krieger) who got rich after selling it to Mark Zuckerberg (creator of Facebook) for one billion dollars. What makes Instagram so special and successful is the fact that it is immediate, simple and creative. Messages sent on Instagram are based on Images. Also, there’s no advertising. No personal information sent to the brands, while there is also a very important advertising part on it.

One of the aspects that has helped Instagram go up is the fact that there is no limit to what one can write. Unlike Twitter, Instagram doesn’t have a limit of 140 characters. You can write whatever you like, no matter how long your message is. Also, the fact that every text has to be together with a picture makes it much more effective visually.

Twitting is also more spontaneous, in the bad sense of the word, and can be tracked more easily. If you start ranting over something or someone on Twitter, you can be easily spotted, even years ago, and that’d mean the end of the game, say, if you’re looking for a job. Instagram gives you more time to think, and even if you’re criticizing something or someone, you can do it in a civilized way.