Kim Kardashian, Is That You?

Kim Kardashian, Is That You?

Kim Kardashian, Is That You? Kim Kardashian is one of the most well-known faces on Instagram. The American celebrity, known for the TV show Keeping Up with the Kardashians, has been active on the picture-centered social network since it started becoming popular. Always active on the app, Kim used to post almost a picture every day, and whenever she didn’t, it wasn’t a good sign. We’ve seen her lifestyle, her family, her boyfriend and many more faces of her life. However, she had been completely absent from Instagram for almost three months. 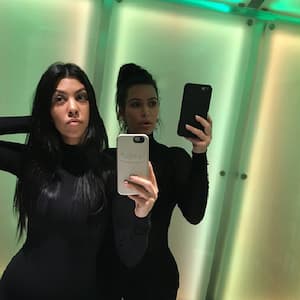 The selfie in question

posted some pictures on her Instagram account (@kourtneykardash) two days ago. They’re pictures taken in front of a bathroom mirror, but she was not on her own when she took them – Kim is also featured in them. However, it’s not the same Kim Kardashian we could see on @kimkardashian, as she looks quite different from usual. One can barely recognize her, and it seems that she’s undergone some surgical operations, such as botox infiltration. Her lips are thicker, her nose is sharper and her cheeks look different too.

The picture has gotten almost 600K likes in two days, but many people are not glad about the way Kim looks in this so-awaited pic. A debate has been aroused, and there are even people asking themselves whether the woman whom the picture features is truly Kim Kardashian.

“Post botox Kim?” “What’s happened to Kim?” “U look so unnatural”… Many fans have expressed themselves with this kind of comments, criticizing her, although many have also defended her. There’s a second picture in which she doesn’t look so different from her previous self. So some people are wondering if some photographic software was applied to the picture.

Whatever happened, Kim Kardashian has returned to Instagram. Will she remain on it or will she leave it again?

Instagram Was Born Next to a Glass of Whiskey