From Chocolate to Instagram. As a kid, you would certainly love chocolate. Most of the children chocolate lovers still do love it when they are grown ups. We’ve found one that still loves it, but his relation to chocolate is stronger than it is for the vast majority of people. His name is Josh Bateson, he has 62K followers on Instagram and was one of the most recognizable faces for a lot of time – Josh was the child who appeared in the Kinder chocolate products, always smiling next to a chocolate bar. 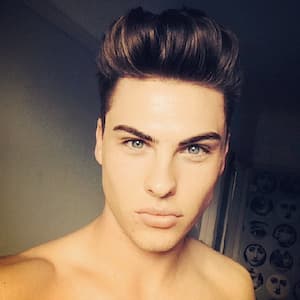 On his Instagram account, Bateson shows us that he is no longer a boy. He is now 21 years old, and has changed much since we last saw him appear on chocolate packages. On @joshbateson, he’s shared a lot of moments with his now numerous followers. Josh was a total stranger until very recently, when his Instagram account got discovered. He’s English, he lives in London, and he’s studying International Relations in a famous college.

On his Instagram photos, we can see him enjoying some beers, partying with his friends and going to concerts. One of his most important hobbies are boats. He  usually takes pictures standing next to boats and yachts, also likes to show his purchases, especially regarding new clothes. He also likes to be around girls, but he hasn’t still shown a picture of his girlfriend, in case that he has one.

Furthermore, he’s realized he’s been “discovered” and now he likes to exploit that part of his life again. On January 4 he uploaded a tweet on which he appeared as a kid under a sentence: “We believe our eyes! Josh is now 21 years and a tremendous hunk.”