The Queen of Amateur Photography on Instagram. Miss Sputnik or La Miss, as she likes to be called. Is one of the most important photographers in Mexico’s online life. Her Instagram account (@miss_sputnik_) is followed by 105K people, who admire her pictures despite her never having studied photography. Her pictures are colorful, symmetrical and the light is very important on them, and she even thinks that they would be less spontaneous if she attended a photography course. 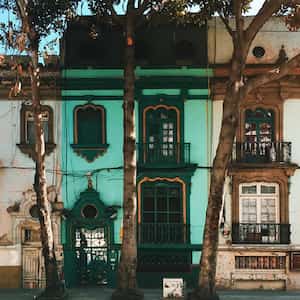 “Food, children, cats and dogs, and architecture photography – and half-nude women, to be honest”. Those are the five kinds of pictures that are going to have at least one like. Even if they aren’t aesthetically perfect, even if they aren’t very well arranged, someone is going to like them. She also adds that hashtags become irrelevant if some of these elements is included.

Regarding taking the photos themselves, she uses her iPhone. She only uses her camera to go for certain angles, or when she is at important events such as concerts or sports competitions. But most of her pictures are taken with her cell phone.

She has also collaborated with some of her friends. She has a friend who works as a doctor but likes to write, so she would just show him a picture she’d taken, and he’d write something based on that photo. It also works the other way, she takes a text written by him and tries to take a picture that reflects it. This has also shown her a reality she wasn’t fully aware of: people are reading less and less. When she posts the texts, she specifies they belong to @doctor.oscarcenteno (removed account), but people keep praising them as if they were hers. “People don’t like to read, not even on Instagram!”