The Last Thing She Did? She Posted on Instagram

Sometimes things happen and we don’t know exactly why. Contrast is constant in life, and there are situations in which one fact succeeds another so quickly that we can’t understand it – there’s no cause-consequence relation. What happened to Colleen Burns, 35, is something like that. She was in Arizona for her holiday and decided to visit the Grand Canyon. Wouldn’t you have taken a picture if you were at a place like that? She did, but the results were more tragic than she first thought.

She was a marketing manager at Yelp and loved social media. She was enjoying some free time with some friends, and they decided to go on a trip. They chose the Ooh-Aah Point, one of the most astonishing viewpoints at the Canyon. Then everything happened very quickly. She stepped in the wrong place and that was it. She was 35 years old. 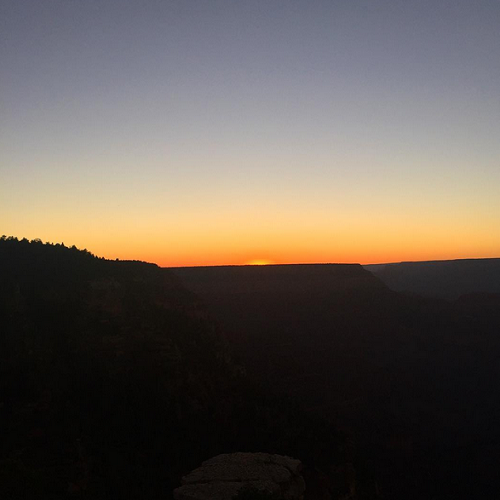 One of the last pictures uploaded by Burns before the accident

Apparently, what happened was that she was on the way between a man and the place he wanted to go, and she moved away to make way for him to pass. That was the moment where she slipped, misstepped and fell nearly 400 feet to the ground.

Moments earlier, she’d posted a picture on her Instagram profile @colleenburns, which she updated very actively. She had posted more than three thousand pictures since it was created, and had more than a thousand followers. We can see two pictures of her trip to the Grand Canyon – a sunset and the picture taken just moments after the accident.

Her Instagram profile has been filled with condolences with people from all around the world, despising the death of a woman that didn’t do anything but step at the wrong time, in the wrong place.