Instagram Says No to Arms and Weapons. Mark Zuckerberg seems to be against violence. Last move on Facebook and Instagram say “No guns, no arms, no weapons on my social networks”. The biggest social network in the world, Facebook. Together with the one that’s growing the fastest, Instagram, are two of the most important Internet sites in the world. That’s why  the ban on selling arms is so important for these platforms. Monika Bickert, political product manager of Facebook, announced that citizens will no longer be allowed to advertise arms or contact those who sell them. 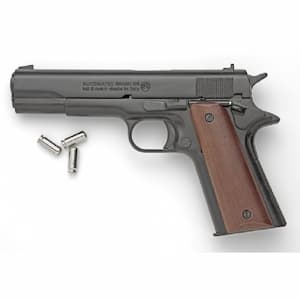 However, this ban will only affect commerce between individual citizens. So companies are still allowed to promote their products on Instagram on Facebook – as long as they’re legal. Bickert said that during the last two years, more and more people have been using Facebook (and supposedly Instagram) to discover new products and trade them. They’re still developing, testing, and launching new products. So that the experience of having an account is the best for everyone. At the same time, they’re imposing regulations to control what is sold and what is not subject to trading.

Arms are not the only concern of Facebook and Instagram since it was bought in 2012. It’s illegal both on the most important social network and on the well-known, picture-sharing one to sell things like marijuana, pharmaceutical stuff and illegal drugs.

This move has been taken by some as a response to Barack Obama’s desire to regulate the buying and selling of arms and weapons in the US. Since Facebook’s users come mainly from the States. It’s normal that the people from the social network wanted to say something about this issue.

What are your favorite celebrities reading amid lockdown?