Bieber in Love with Instagram Girl. “Omg who is this!!” That’s what Justin Bieber wrote on a picture on his Instagram profile. A picture of an unknown girl’s face. She’s darkhe has -haired and she’s got clear eyes and sensual lips – she’s really beautiful. It wouldn’t be seen as an important issue if Bieber were followed by only a few people, but he has 47.5 million followers. A lot of people tried to help him find this girl, while others created Instagram accounts in order to impersonate her. 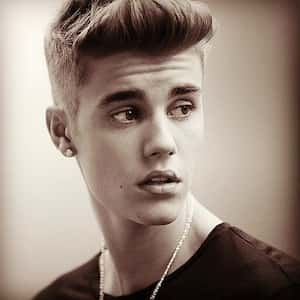 Will Justin find his love someday?

She’s like a mixture of a twenty-something Angelina Jolie and model Irina Shayk, the ex-girlfriend of Cristiano Ronaldo. And she’s answered Bieber telling him that she didn’t know how to manage the situation. She’s also told him that she’s only got Instagram and Tumblr accounts, to prevent him from believing those new profiles were real.

Her name is Cindy Kimberly and her Instagram profile is @wolfiecindy

She’s already experienced what it’s like to be liked by the Canadian pop singer: she’s passed from a few followers to having 330K in just a few hours. Also, she’s already been insulted by radical Bieber fans. Someone called her “Bitch.” Someone replied: “You only call her that because Justin likes her.” And so on.

Then there’s people who give her advice (“Send Justin a video!”) And people who maybe want to make her laugh (“Forget about Justin – I’m your man”). To sum up, people got revolted, just like when Justin announced that he was looking for a girl to marry him, together with the pic of an altar.

Apart from trying to get girls. Bieber is promoting his new album Purpose, which is fighting to become the most sold album of 2015. It seems that Adele’s 25 won’t let him do this for the time being.