Instagram engagement alert: American actress Nicola Peltz engaged! The 1995-born American actor Nicola Peltz and English model Brooklyn Beckham announced their engagement on Instagram recently. Nicola’s first encounter with fame happened through the character Katara in the movie Last Airbender, 2010. Brooklyn, on the other hand, is a popular English model and aspiring photographer. He is also the eldest son of the ex-British football sensation David Beckham and wife Victoria. You can glance over their proposal photos on social media that they uploaded after declaring they are getting engaged. 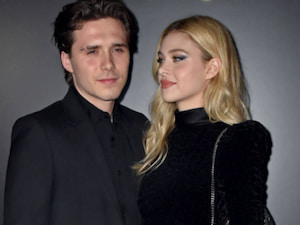 The 21-year photographer proposed to Nicola and posted a few of the sweet pictures of them on Instagram from the occasion. His Insta posts read he cannot imagine living without her and that she makes him feel special and laugh. He also wrote that he would care about and support her. While he was gushing over her, the American star was not behind in expressing what was on her mind. She shared the same pics on her Instagram handle, adding he is her world.

When you read Brooklyn’s Instagram posts, you will also know that the English boy had asked for her hands in marriage about a month back. He also added in one of the images that he asked her to marry him, and she responded with a yes; he feels to be the luckiest man ever and assures her of being the best husband and dad. Peltz’s Instagram posts also oozed the same emotions. If you pore over their feeds, you can get easily lost in the lovey-dovey moments they create together. Maybe it is the best thing also to witness in this pandemic.

As soon as the engagement news broke out on Instagram, the couple started receiving congratulatory messages from celebrities and fans in abundance from everywhere.

Some may believes the actor’s blonde hair spelled magic on him, and others can talk about her beautiful heart that won him over, which no other girls could do. But the fact is this billionaire heiress seems to be the perfect match. The duo joined Instagram in January this year, where he wished her birthday with an intimate photo. She also posted a series of pictures from her birthday bash, where he was smiling as he baked a cake. The two kissed each other, which barely left anything to doubt.

The two celebrities in their own right met at Coachella three years back, and their next meeting happened at a party, where they fell in love and have been going strong since then. In May, one of his Insta posts about Nicola read “my best friend forever.”

What was the reaction of David and Victoria Beckham about the engagement?

The boy’s parents seem to be happy about this relationship and engagement. The pair even quarantined together in Nicola’s New York apartment. His family was in the UK, though.

As far as the speculations about their wedding go, there is a possibility that the sweethearts will have to wait a bit more as the Beckham family cannot travel due to the pandemic situation.

Instagram photos: The gorgeous ever gift from Kylie Jenner to her lovely daughter Stormi