‘Ab Crack’ a Dangerous Instagram Trend. Have you ever heard this term? You should have if you have an Instagram account. More than 19 million Google searches confirm that ab crack has become more than a trend. But why is it so popular? What does it consist of? Why are celebrities advocating for it?, and especially, is it dangerous?

Now that fitness has become so popular, that people are getting more and more concerned about health and shape, a new trend has appeared. Supermodels such as Hannah Bronfman, Emily Ratajowski and Stella Maxwell have said they’re fans of this new trend. What does it consist of? It’s basically a line which crosses an ultra-flat belly, from top to bottom. It corresponds to the linea alba, a kind of tendon that goes from the breastbone to the pubic area. 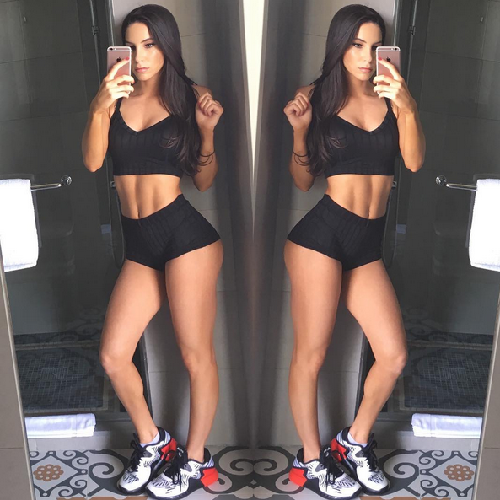 Having visible abs is a dream and a goal for many people, and many can get them to be visible. Genetics, diet and working out can help abs to stand over in your body. However, this trend is different. The ab crack, or diastasis recti, has been known for a long time by culturists. It happens when, due to too much exercise, the tissue that connects abs gets brokeb. Thus, abs get separated and the tendon gets a prominent place, making it seem like your abs have cracked.

It is a non-painful condition – that’s why doctors all around the world are so worried. It can cause hernia and must be chirurgically treated. However, abs don’t have to tear open so that the line is visible – if the separation process starts, the line will appear. The worst that could happen is that the abs get loose and prominent, as it has happened to some culturists over the years.

What Do Models Really Eat? The Answer, on Instagram

What Do Models Really Eat? The Answer, on Instagram