Mirreyes, The Rich Kids of Mexican Instagram. There are rich kids in every country in the world, and it is beyond any doubt that some of them may have Instagram accounts. However, they have not come into the spotlight like Mirreyes have. These are the kids of the Mexican wealthy elite, and one of their hobbies is to expose their wealth to the world – through Instagram. Checkout the tags #mirrey and #mirreyes and see it with your own eyes. 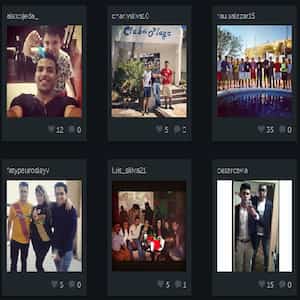 Where do these youngsters come from? How can they display such a wealthy lifestyle being so young? The answer, of course, is their parents. They are the children of the wealthy Mexican businesspeople and government officials. In some cases, showing this attitude through Instagram is only a part of a bigger problem.

This became evident when he jumped off a cruise ship, apparently to “stop this cruise.” He reportedly added “I’ll make history.” He sort of did, as the boat had to stop for two hours to look for him in the ocean. Another example is that of Carlos Romero Deschamps’ daughter. He is the oil workers’ union boss, and she received extra attention due to the photos she posted on Facebook, depicting her luxurious lifestyle – Gucci bas and expensive wine included.

Although not everything is fun and games, as it may seem. Perhaps this overexposure to the media is a rather intelligent way of creating connections among themselves and with other wealthy people, which could be extremely important for world business and politics in the future.

Anyway, on thing is for sure – they like the fact that the rest of the world knows about them. Anyway, who wouldn’t dream with a life like that? Money, traveling, power and luxury – all together at a hand’s reach.

Sure there are other ways to become popular on Instagram, but isn’t that a good one?