Instagram as a Way of Support. Last 24 April, American former track-and-field athlete Bruce Jenner made an announcement that shocked the whole world. After more than 65 years living as a man, Jenner declared that he is soon to become a woman. This had an impact not only in the US but all around the world, as he is the first famous transgender person to come out publicly after a whole life as a man.

What does Jenner’s decision have to do with Instagram? 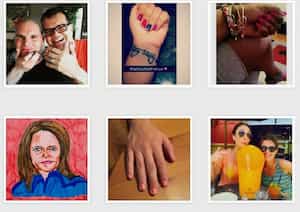 It is not hard to see. When Jenner made his announcement, many people didn’t take him seriously, as transsexuality means a lot of bad things for many people. However, ways of showing Bruce support arose in a lot of media. Through Twitter, Facebook and Instagram people wanted to show him their backing. Thus came to life the hashtag #PaintYourNailsForBruce. Through it, users show their support and admiration for the courageous athlete, and ask for more liberty for trans people who, like Bruce, want to change their lifestyle to feel better with themselves.

It is a good way to show support to the trans community, as they are demanding more visibility and legislation to help them regulate their situation. Although discrimination is a reality, it is evident that a lot of people share their views and support them. That’s the power of the internet and teamwork. It was started by Australian radio station KIIS 1065 and it spread like wildfire, especially amongst men, who didn’t hesitate to paint their nails for Jenner.

Instagram has proven to be a useful tool to show support for causes like this. Celebrities such as the Jenners and the Kardashians have also done it, together with Miley Cyrus and Demi Lovato. It is not the first time the online community promotes social justice. It will certainly not be the last one.