100K Followers on His First Day on Instagram. Have you ever gotten happy because you got a few more followers on Instagram? Has the content you post on the picture-sharing social network ever gone viral? Have you ever dreamt of reaching even higher follower figures? You should then ask actor Ryan Reynolds what his secret is. Despite not even being two days old, his Instagram account is now followed by more than one hundred thousand people. 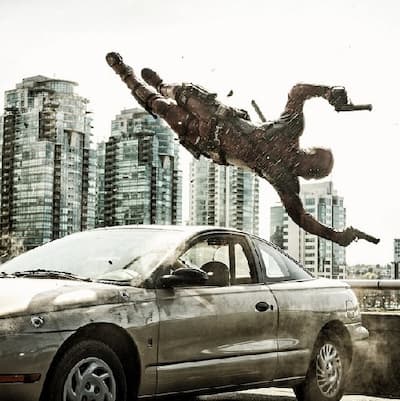 An astonishing number of celebrities already share moments of their daily lives on Instagram. And it is getting stranger and stranger for famous people not to have their name amongst the millions of accounts in the social media. A lot of celebrities like Instagram because it supposes a burden not as heavy as Twitter’s 140 character limit. Apart from being able to improve your photos with a bunch of filters, being able to tag pics using emoticons and many more features.

It has not been only the fact that Reynolds signed in on Instagram. But the fact that he has already been using it what has achieved him such a high number of followers. The first – and so far the only – pic that he has uploaded is a still from the film he’s working on now – Deadpool. It shows the character (Reynolds himself or perhaps a stuntman?) jumping forward over a dirty car, presumably avoiding the bullets that are being shot at him and that have already gotten the car. A nice teaser, indeed!

If you want to emulate Reynolds and his follower figures, why don’t you check out some alternatives? Even though you may not get 100K followers. It will certainly be easier than starring as Deadpool or getting shot by the bad guys.