Two Instagram Accounts for Harry Potter fans. Harry Potter, the character created by British author J. K. Rowling nearly 20 years ago, is still driving people crazy. Six years after the book series finished, and four after the last of the total eight films was released, it is still trendy. And, of course, Instagram couldn’t ignore this fact. Lots of fans around the world have created and shared Harry Potter-related works of art and shown them to the world via Instagram. 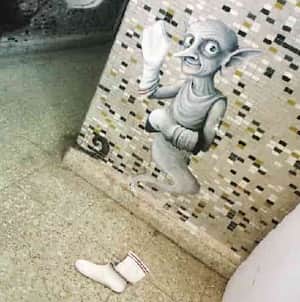 One of the works by Nabs D

That’s the case of Nabs D (@nabsd.art), a Mexican artist who has been recently featured on Instagram’s principal blog because of a series of works he painted for an exhibition at the Mexican Museum of Antique Toys (MUJAM) in Mexico City. Despite being a huge fan of the HP universe. Nabs D didn’t want the infamous films to reshape the images that the books had left on her mind. She gives her paintings a certain graffiti style that certainly suits the children’s books.

Another way of approaching the universe of Harry Potter through Instagram is to follow Kim Leuenberger (@kim.ou), who has a series of pics devoted to the Jacobite steam train, which impressively looks alike the Hogwarts express that can be seen on the movies. Not only the train but some of the locations through which it passes appear on the films. For instance, the iconic Glenfinnan Viaduct or “Harry Potter Bridge”, near which people tend to gather in order to see the smoke-spitting machine go by. 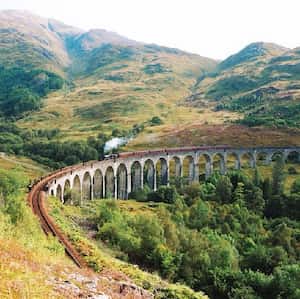 The train passing along the viaduct

Kim took advantage of a trip to the Scottish Highlands to photograph the iconic train and location. After half an hour of waiting for the machine to arrive. It finally passed by, as more and more people arrived to the place to behold the short, majestic show. “Just like in the film”.