When Jaime, Jorge, Nacho and Cosme started designing their entrepreneurial project, they were on the third year of their degree. There were many ideas, a wish to change the world, many chats around a table with some bears, not much cash and much, much creativity. It wasn’t until May 2014 that they started everything. Of course, Instagram helped.

“The less money and resources you have, the more creative you get,” says Jaime Garrastazu, 24, one of the creators. They first invested €11,000 ($12,500) to create the prototype of what would become Pompeii, a new shoe specifically aimed to millennials. With that money, they could make 349 pairs. Later, Facebook and Instagram made them famous, gave them wings and served as niche analyzers. “We used to have 3,500 followers back then, and 349 pairs of shoes. We went to a pop-up event and sold everything.” 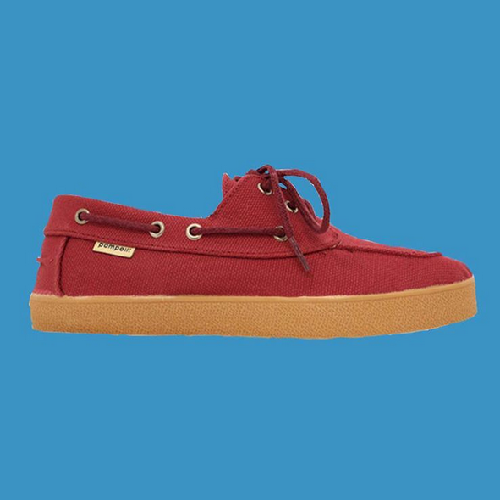 One of the shoes from Pompeii

Then they created their own website, but it was impossible to buy on it – only on weekends could you buy a pair of Pompeii shoes. Simply because they couldn’t dedicate so much time to it. Maybe that’s why their motto says “Chaos Is Our Legacy.” Things became chaotic some times, indeed. Once, they couldn’t ship a shipment of 200 shoes. There was a delay of 50 days. What did they do? They gave them away for free to the people who had bought them, apart from giving them a 20%-discount bound.

It takes only a look to @pompeiibrand on Instagram to realize they’re being the center of a revolution. Nearly 52K people follow them – only on Instagram! – and they’ve uploaded more than 600 posts. Last year, they had a profit of €500,000 (nearly $570,000). They’re the perfect example that courage, hard work and a good presence on social media can be the key to success.

← Instagram Neglects Time, Users Get Mad The Thrill of Death and the Perfect Instagrm Shot →