Together in Bed and on Instagram. A series of photos depicting a Texas couple sharing a bed with their five children has aroused polemics in the US. Elizabeth Boyce is the owner of the account called @wanderingtheworldbelow (private account) which is followed by 3,336 people now (the number of followers prior to these events is unknown to us). It all started when she first got noticed to have published pictures in which the family bed was shown. It wasn’t a normal bed, but one made with Ikea bunks they made themselves. They’ve also uploaded tutorials on how to build one like theirs for other people who might want to do it. 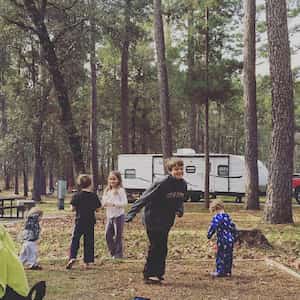 However, the pictures uploaded by this Texan mother got a ton of people to criticize Elizabeth. And talk about the negative consequences that not having a bed or a room of their own could have for the five children. They even suggested an incestuous relationship between the parents and the children. Boyce had to upload a video explaining how perfectly normal the lives of her five children were.

on the grounds that it’s good to keep toddlers and children having milk directly from their mothers. Sleeping near one’s mother may encourage the youngest to have their milk at night. As well as it will help them have a better rest and make their mother more comfortable while breastfeeding.

Anyway, everything suggests that the Boylers won’t quit this practice, as they firmly believe it’s good for their children. However, this shows us that if you display a not-so-common behavior on the web, people will most certainly attack you for that. Maybe Instagram is not the best place to show that you sleep with your five children on a bed made by yourself.