The Etna Eruption has Become a Trending Topic on Instagram

The Etna Eruption has Become a Trending Topic on Instagram

The Etna Eruption has become a Trending Topic on Instagram. Red, gray, blue and black. Those are the colors we can see when we enter one of the latest trending Instagram hashtags – #Etna. The last time the international media talked about the Etna was twenty years ago. Obviously, the world was very different then. We didn’t have smartphones, we didn’t have the internet and, of course, we didn’t have Instagram. Since then, things have changed. Now we can instantly enjoy pictures the we could only see in newspapers or exhibitions. 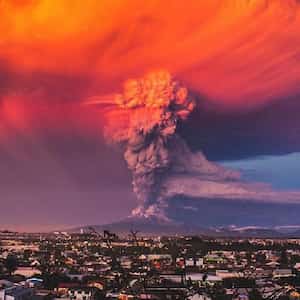 Since December 4, the volcano has been spurting smoke and rocks to the atmosphere. That day, a series of heavy explosions were followed by smoke, lava, magma and ash, all thrown from the insides of the Earth with a force that, many people remembered. It hadn’t had for at least two decades. According to the Instituto Nazionale di Geofisica e Vulcanologia (INGV), the volcano will remain active for some weeks, before returning to its original, quiet state.

which will surely become an attraction for tourists in the following week. They are pictures taken carefully, showing the most menacing side of the volcano. However, there are also pictures taken by users who happen to be near the volcano. There are additionally some photographs taken by clients who end up being close to the fountain of liquid magma.  Located on the island of Sicily, it is near a lot of populations. People in the provinces of Catania and Messina have started uploading pictures taken from the place itself.

People published aerial pictures as well. We can see the island of Sicily, and an enormous amount of smoke coming from its South-Eastern corner. It’s not strange that we can see it from space. Etna has been active since Antiquity. Greeks and Romans believed that forges of Hephaestus were located underneath it. It’s not strange, if one stops and looks at the pictures now.