When the German chancellor Angela Merkel and the Italian politician Silvio Berlusconi created their personal Instagram accounts, they set a trend for politicians, who are progressively feeling encouraged to do so themselves. We’ve seen a lot of current and former world leaders succumb to the charm of Instagram. Now, it’s the turn for the leader of the smallest country in the world, who, however, has authority over 1.2 billion people in the world. That’s right, the Pope has an Instagram account. 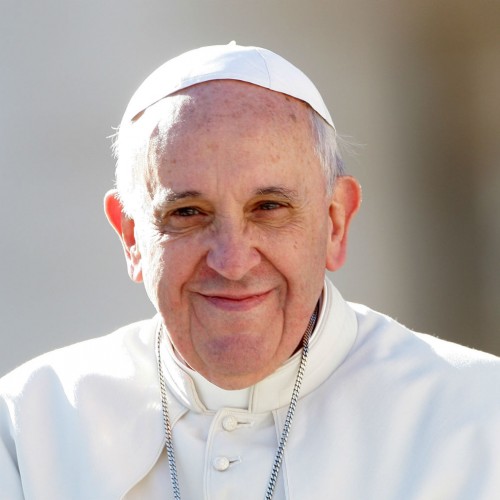 Pope Francis may have met some problems in his career, but communicating with people is not one of them. Three years after being elected, after showing the world that he was a poor Church, for the poor, he has set up @franciscus, which is not currently active but will be as the day goes on.

Today is the third anniversary of the first mass he officiated as a pope, so it is a very significant date. When his predecessor Benedict XVI created a Twitter acount (@pontifex), he wanted to approach people in a way adapted to the 21st century. Francis kept using that account to make his message reach more people.

Francis has recognized that social media have a critical role in people’s lives. They help them to be informed, they serve as political barometers, they can tell you how devastating a catastrophe has been (based on tweets per user per hour).

However, we may not see him taking selfies. As he himself has stated, when a journalist asked him how he felt about them,”it’s a different culture. I feel like an old man. A policeman, about 40 years old, told me that he was going to take a selfie today. I told him: ‘You’re a teenager.’ It’s definitely a different culture. But I respect it.”

Instagram – Meet Coby, the World’s Most Beautiful Cat. Pets are always a winning feature on Instagram. Cats, dogs, turtles, snakes, birds… No matter what species your pet is, it’s sure that it’s going to win Instagram’s heart. That’s what happened with Coby, which has been called the most beautiful cat in the world. No wonder why, though.

Almost 400K people have already been mesmerized by Coby

Coby is a small ball of white fur that wouldn’t be so impressive if it weren’t for its two eyes, blue as the sky and always looking eagerly at everything. It’s a British short hair, a breed known for its chunky body and broad face. They come in a wide range of fur color patterns, but seeing one absolutely white is not very common. Also, as we can see in the pictures, apart from being very calm, they display breathtaking blue-colored eyes – they’re nearly hypnotizing.

Maybe that’s why, in less than a year, he’s attracted so many people. The nearly 300 pictures on Coby’s account (which is @cobythecat, just in case you want to take a look) show Scooby usually staring at the camera or just chilling around, as every other cat in the world. But other cats wish they had those eyes! You can also see it wearing jumpers, costumes, t-shirts and even a lion mane around its head.

Coby’s Instagram profile doesn’t say anything about where the cat comes from, who are its owners or how they look like. What we can be sure about is that Coby enjoys being with them. We can even see what we suppose to be its owner’s hand in some pictures.

If you’re a cat lover or simply an animal lover you should definitely go check out Coby’s profile and follow it. Will you dare to miss so much feline cuteness when you can do otherwise?