Facebook and Instagram Owner Mark Zuckerberg Enchants Barcelona with Internet.org. Mark Zuckerberg, the well-known creator of Facebook, is currently in Barcelona, in the World Mobile Congress, which is being held in the Spanish city from March 2 to March 5. While he is there, he is also promoting his latest idea: internet.org – a free connection-providing app. According to Zuckerberg, his aim is to connect people, not devices. Among his proposals, he mentioned how operators have changed their activities: while they used to make customers pay for SMSes or calls, now they charge them for the data they consume on their phones. 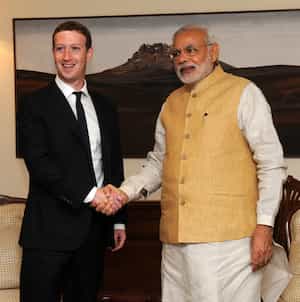 How exactly? Providing, via one simple app, worldwide Internet connection. Though it may seem a very ambitious project, it has already been implemented in a few different countries such as Colombia, Mexico, India… The most interesting one for him, Zuckerberg said, is the South Asian giant. Narendra Modi, Indian PM, used it as a cliffhanger in his electoral campaign.

It isn’t the first ambitious project Zuckerberg has launched or been involved into. He already started a revolution in social networking with Facebook in 2004,  which was followed by the acquisition of several other social networking sites: the photo-sharing service Instagram (in which you can check iigers.com gallery @iigersShooter), the instant-messaging app WhatsApp, the virtual reality company Oculus VR and the security software developer PrivateCore. Of all these projects, Instagram, as well as Facebook, offer a very nice opportunity for self or company promotion, as they have, together, more than a billion users.

Zuckerberg has plans for the long term too. Given the revolution that cell phone use supposed only a decade ago, he aims to replicate it. This time, however, the revolutionary object would be the rather cheap less-than-$100 smartphone. Once it has become popular all around the world, Zuckerberg would have enough clients to start making a decent profit. He even asked the very operators for cooperation, as, the more people buy this services, the higher the profit for the operators.

Do You Know The Instagram Accounts With The Most Followers?