How A Modeling Agency Recruits New Models On Instagram. As the social networking site it is, Instagram can serve a lot of purposes, be it to promote a company, a product or a person. Sometimes, it can even lead to unexpected success for those who take the risk of participating in some events.

That is what happened, for instance, to some of the girls who participated in a campaign by the well-known modelling agency IMG Models – famous for having discovered famous models such as Kate Moss, Rosie Hungtington-Whiteley or Karlie Kloss. However, they wanted to increase the number of their models, so they thought of a strategy to recruit new girls. How did they do it? Through Instagram. 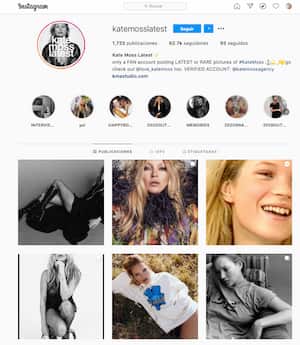 They only had to upload a photo of themselves – preferably a selfie – and tag it #WLYG. That way, the agency itself would repost the self-portraits and post them on their own account. It seems the proposal was a success: IMG Models has already four new models working for them, thanks to this campaign. Two Australian, one South African and another German girl can now live the dream of being models for one of the most important modeling houses in the world.

Karlie Kloss, another of the models who work for IMG.

They are not the only ones getting scouted, as the agency has stated that they are talking seriously with five more, who will soon sign their contracts, and the plans talk about recruiting between 30 and 70 more.

When the agency spots a woman that could be suitable, they contact her and ask her to provide them with basic information: where she is based and how tall she is. If she has a satisfactory height, a local agent will go talk to her.

So – given that people have succeeded, why don’t you give it a try? If you don’t want to, but would like to be promoted, you can always check IIGERS and find a service suitable for you. It may be the start of an amazing career!