Giving Birth Live on Instagram. Spanish model Malena Costa has recently become a mother, and she’s chosen to share her birthgiving process with the world via Instagram. She and her partner Mario Suárez, who plays for the Watford Football Club, have shown that they are a truly modern couple, and have used Instagram as the medium to inform their fans about their engagement, marriage and, eventually, birth of their first child. If this isn’t using Instagram for a peculiar reason, we don’t know what it is.

As we can see on Mario’s Instagram account (@mariosuarez4), the process wasn’t strerring at all. However, during birth Malena was naturally busy – of course! That’s why her partner got in charge of broadcasting the process from the beginning – from pictures of them en route to the clinic where the birth finally happened, to the moment immediately previous to Malena’s entrance in the operation room. There are some, of course, who question whether this is going to be far regarding social exposure and social media – but if they have made something clear, it’s that they don’t care at all. 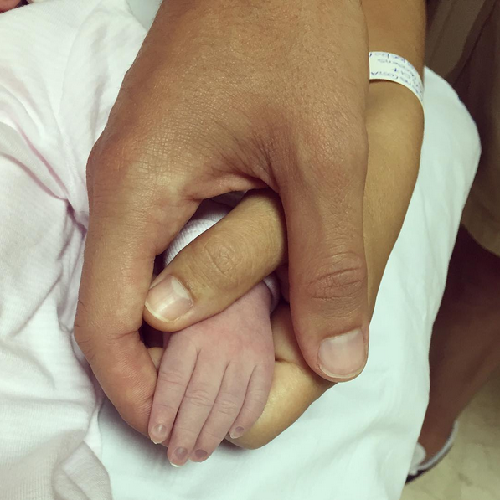 The end of the process. To see it entirely, visit @mariosuarez4 on Instagram

From them walking out of their home, Malena carrying their dog, both of them kissing and asking if everything’s ready (they were in a little rush, given the situation), and Mario even urges her to hurry up with a “¡Vamos, Male!” (“Let’s go, Male!”) full of love.

What we see next is the paring at the clinic hall, presumably immediately after their arrival. Even at this point, they both are cheerful and playful. “She’s thinking that she’s going to stay here to live,” comments Mario while recording Malena’s four bags and one suitcase.

Finally, after some more pictures, once all the process had finished, they unveiled the name of their new child, who happened to be a girl. Perpetually millennial, Spanish media have underlined, they have chosen a name that evokes those cheerful nineties people around 25 remember with such nostalgia – the baby’s name? Matilda. The first child born almost on Instagram.